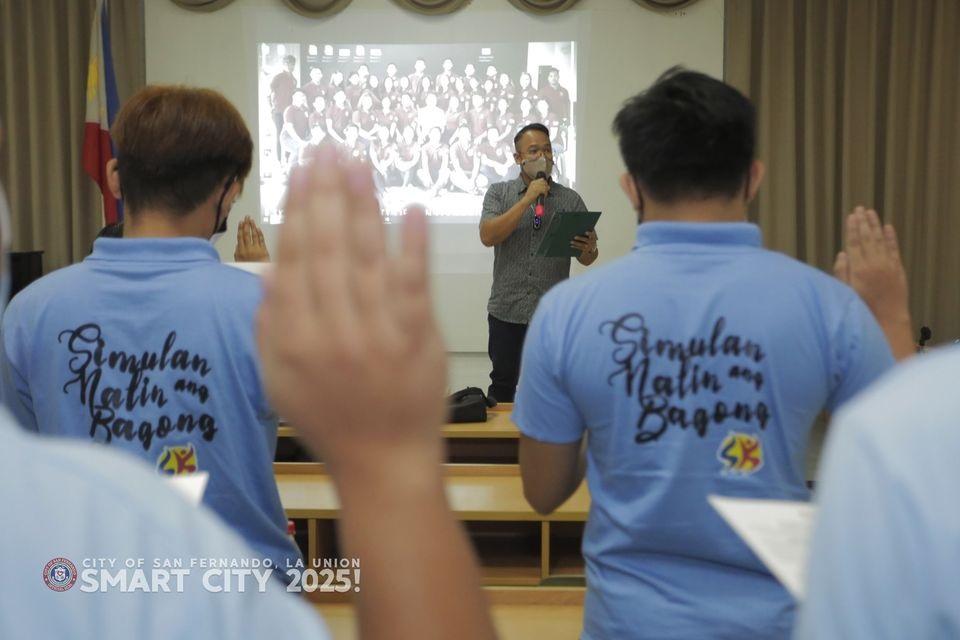 Having been elected last 2018 and 2019 special elections conducted by the Department of Interior and Local Government (DILG) and the Commission on Elections (COMELEC), new Sangguniang Kabataan (SK) Officials of the City of San Fernando, La Union took their respective oaths of office and underwent a mandatory training last September 4, 2020, at the Barangay Hall.

In his short message, SK President Macky emphasized the significant role and contribution of the youth in attaining the City SK Federation’s vision of becoming “The Safest Space for the Youth in Ilocandia Region by 2022.” He also reminded the new SK Officials to live by their mantra: “Walang Kabataang Maiiwan.”

The mandatory training complies with the provisions of the SK Reform Act of 2015 to strengthen and empower SK officials as a useful conduit in the community.

The City Government believes that the youth is one of the prime movers of #SanFernandoAyayatenKa who majorly contributes to community and nation-building.

(Story and photos by Erwin Beleo)