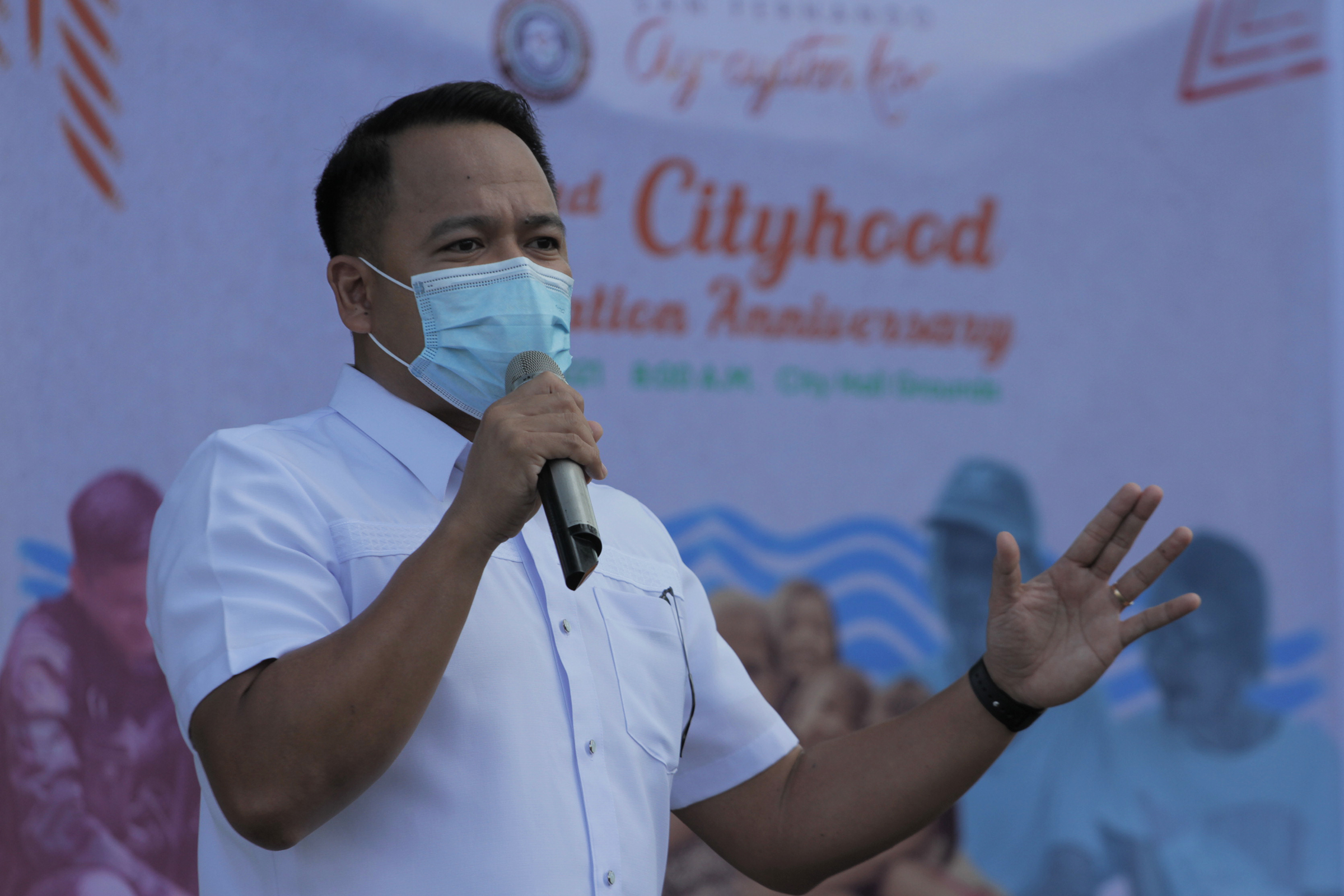 The said activity was in line with the celebrations of the 23rd Cityhood Foundation Anniversary of the City of San Fernando, La Union. Aside from the City Officials and employees, the City Philippine National Police (PNP) and Executive Assistant Justo Orros III, representing the Provincial Governor Pacoy Ortega, were also present. Wreaths were  laid at the monuments of Dr. Jose P. Rizal and Francisco I. Ortega located in front of the City Hall. 21-gun salute was also performed by the City PNP.

City Acting Mayor Alf Ortega, in his speech, reminded everyone to not forget our history in celebrating the City Foundation Anniversary. “Let us not forget the hardship and the dedication and commitment of our forefathers.” He highlighted the theme for this year’s celebration, Agnanayon Nga Ayat Para iti Pamilya San Fernando. He also reminded the public servants to always commit their services with love, so we can properly deliver the needs of the people. “Today we celebrate, of course with love, I love the City of San Fernando, I love what I do, let us always remember that as public servants, we love what we do, we’re committed and we’ve proven it kahit ano pang dumating sa siyudad natin.”

Acting City Vice Mayor also gave her inspirational message this morning. “23 years of being a City and let us ask ourselves how much we have dedicated, how much of ourselves have we given and how we have loved the City of San Fernando for the past 23 years. I believe, moving forward we are capable of even more.” Moreover, she also applauded all the women who are working for the City of San Fernando, La Union.

The City Government of San Fernando wants to give importance to our family in this year’s celebrations, for we always believe that family is the number one source of strength of #SanFernandoAyAyatenKa