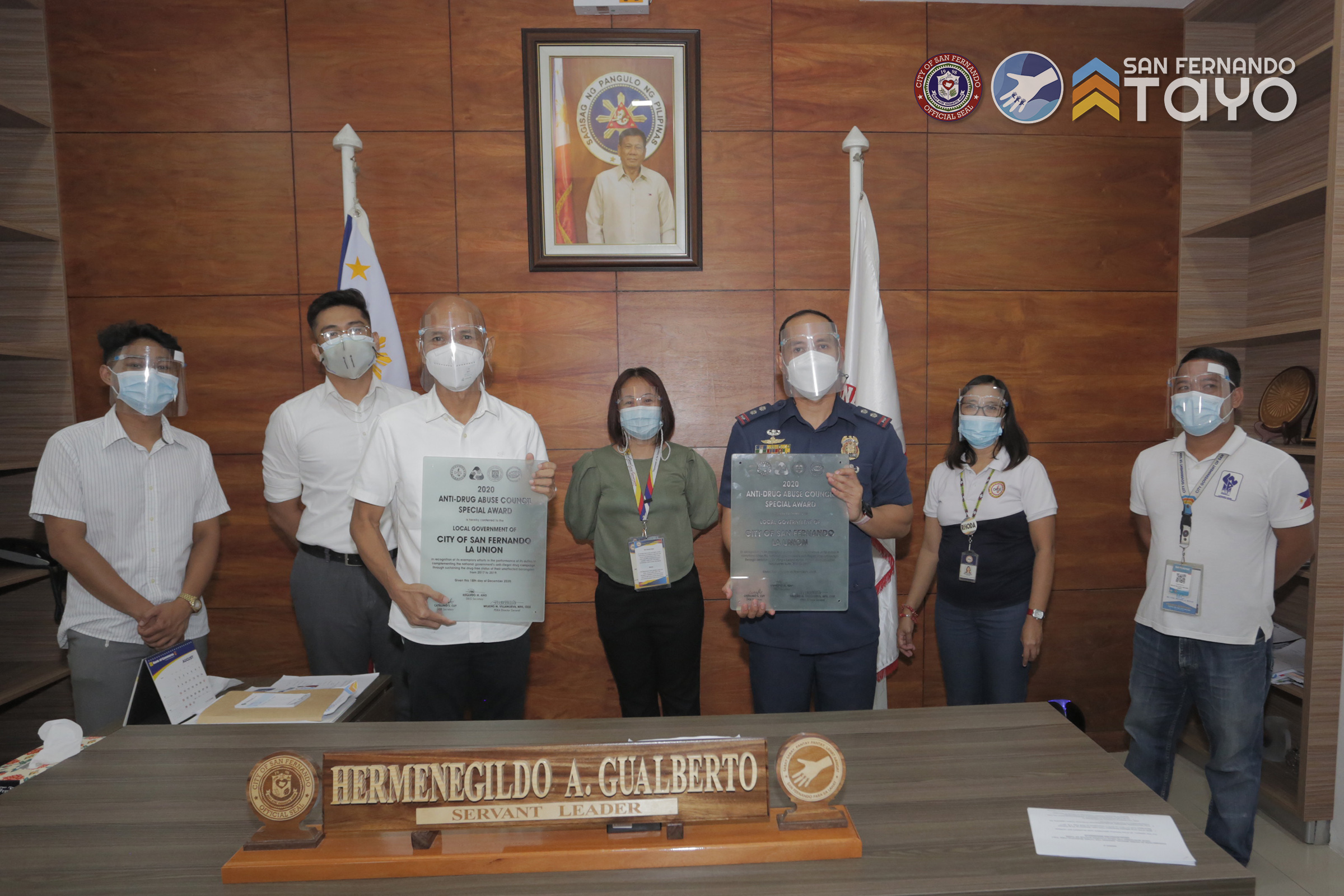 For its exemplary efforts in sustaining the Drug-Free Status of its affected and unaffected barangays from 2017-2019, the City has been given the awards signed by DILG Secretary Eduardo M. Año, DDB Secretary Catalino S. Cuy, and PDEA Director General Wilkins M. Villanueva, dated December 18, 2020.

LNP, the City’s Community Based Drug Rehabilitation Program, has been ushering individuals away from substance abuse and leading them to a more productive and rewarding way of living since 2016, previously headed by Ms. Yza Iglesias, Mr. Rafael Jude Collado, and Mr. Sean Yuri Sarmiento.

Manong Dong expressed his gratitude to the secretariat and staff including Mr. Mark Guiyab and Mr. Mc Carl Michael Motas for dedicating their time and efforts to helping our recovery champions (RCs).

Because of LNP’s performance of its duties in support of the national government’s anti-illegal drug campaign, our recovery champions and their families are more hopeful for their future here in #SanFernandoTayo.