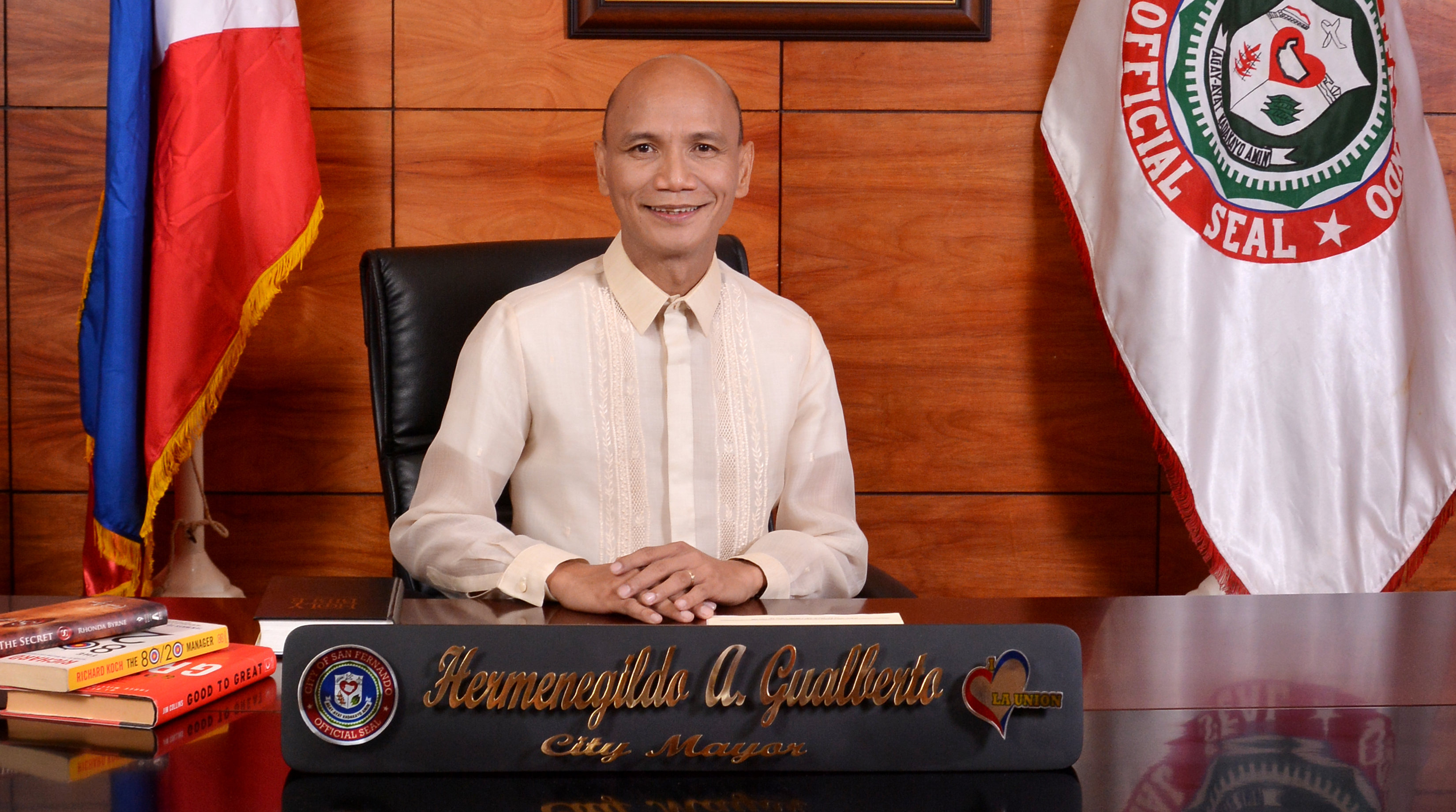 Servant leader best defines his brand of leadership. Hermenegildo Andaya Gualberto, or Manong Dong to many, was esposed to harsh living conditions of marginalized communities after becoming one of the most sought after “Ninong” to weddings, baptisms and other family celebrations. People appreciated his presence as genuine and sweeping. No wonder that this humble man from Barangay II rose as an icon of hope for the City of San Fernando.

A native of San Fernando, his foundation in public service was fostered by his parents Attorney Miguel Gualberto and Pacita Andaya-Gualberto, a public school teacher. He finished his elementary studies at Christ the King College and secondary studies at Saint Louis College. He holds a Bachelor’s Degree in Commerce Major in Accountancy from Colegio De San Juan de Letran. He is married to Connie Abuan Gualberto, a public school teacher and a father of four children namely, Miguel, Paz, Marie and Celestine.

Manong Dong became one of the finest young legislators in the Ilocandia Region having served as  San Fernando City Councilor, Vice Mayor and La Union Board Member. For more than 20 years of public Service, his purpose to serve God and the people of San Fernando, still remains the same. It is part of his commitment to continuously ensure that the people’s welfare is at the center of governance, especially those who are at the bottom of the pyramid. In bringing out the best in his people, he enables them to reach their full potential.

His projects and programs are reflection of his mission to uplift the lives of his people. He conducted several initiatives such as the Task Force UMISU, a comprehensive and holistic rapid action program meant to address urgent issues across all sectors in the City; Lakas ng Pagbabago, a program aiming to turn identified drug users into productive members of society by providing them with opportunities for personal healing and growth; and Community Based Monitoring System, a tool for collecting the socio-economic profile of households in barangay level aiming to plan and implement programs that are catered to the needs of the people.

Mayor Hermenegildo Gualberto hopes for a City Government that works for the people, by the people and with the people in order to  build the foundations of equitable growth through Integrity. Inclusiveness and Innovation towards realizing the vision to become a People’s City by 2025.